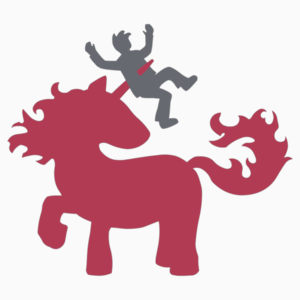 Eric Wong’s mostly pure-Ruby HTTP backend, Unicorn, is an inspiration. I’ve studied this file for a couple of days now and it’s undoubtedly one of the best, most densely packed examples of Unix programming in Ruby I’ve come across.

Unicorn is basically Mongrel (including the fast Ragel/C HTTP parser), minus the threads, and with the Unix turned up to 11. That means processes. And all the tricks and idioms required to use them reliably.

We’re going to get into how Unicorn uses the OS kernel to balance connections between backend processes using a shared socket, fork(2), and accept(2) – the basic Unix prefork model in 100% pure Ruby.

A note about Unix programming in Ruby in general

NOTE The links above are to Linux section 2 manpages; in many cases, BSD manpages are vastly superior.

Ruby, Python, and Perl all have fairly complete interfaces to common Unix system calls as part of their standard libraries. In most cases, the method names and signatures match the POSIX definitions exactly. Yet, of the groups, only the Perl people seem to regularly (and happily) apply common Unix idioms to a wide range of problem areas.

Unix is not one of the “perlisms” Ruby should be trying to distance itself from. Perl got that part right. And with immediately recognizable Unix system calls spewed all over the core library, Ruby feels like it was built for Unix hacking. It’s surprising to see how infrequently this stuff is used as intended or even talked about.

Documentation is likely part of the problem. Here’s a small sample of Ruby core docs on an assortment of Unix system calls – the kind we don’t use enough:

That Ruby provides no useful documentation isn’t actually a problem if you happen to have experience programming Unix. Then you would of course just happen to know that there’s a secret manual section with extensive reference information on each of these commands.

Here’s a snippet of the (BSD) manpage for pipe(2) as shipped with MacOS X (also: Linux version):

Most Ruby developers probably don’t have a background in Unix C programming. How are they supposed to know that all those undocumented parts of the standard library are undocumented because – DUH! – you just have to go enter man 2 THING into the console. Obviously.

Don’t ever let anyone tell you that fork(2) is bad. Thirty years from now, there will still be a fork(2) and a pipe(2) and a exec(2) and smart people will still be using them to solve hard problems reliably and predictably, just like they were thirty years ago.

Unicorn, and preforking servers in general, create a listening socket in a parent process and then fork off one or more child processes, each of which calls accept(2) on the same shared listening socket. The kernel manages the task of distributing connections between accepting processes.

Run that with ruby echo.rb and then connect a few times with netcat:

Use telnet if you don’t have netcat:

This isn’t exactly what Unicorn does but it nicely illustrates one of the basic concepts underlying the design. This technique can be used for simple network servers as above, or it could be used for general IPC-based balanced multiprocessing. For example, you could connect directly to the shared socket in the parent process to distribute work between a set of child processes.

Unicorns do it with select(2)

Instead of a blocking accept(2), Unicorn uses a blocking select(2) with an error pipe and a timeout so that it can bust out and do some other basic housekeeping, like reopening logs, processing signals, and maintaining a heartbeat with the master process.

You can watch this play out in Unicorn::HttpServer#worker_loop, the heart of each Unicorn child/worker process. Most notable is the following call to select(2):

This blocks until one of three things happen:

If select(2) returns due the first condition, the child process calls Socket#accept_nonblock on the shared listening socket, which either returns a newly established connection or fails with Errno::EAGAIN, signaling that some other child process beat us to the accept(2). In either case, accept returns immediately and does not block.

This is just one of many beautiful Unix idioms you’ll find in Unicorn. The signal handling, hot process replacement/reloading with rollback, the SELF_PIPE IPC technique, and the fchmod(2) based heartbeat implementation are at least as interesting. Check it out.